Thank you to everyone who came to the Medieval Dublin symposium on 16 May this year.  We had a fantastic turnout and an excellent array of papers.

This year’s symposium featured a paper by Bernard Meehan, Head of Research Collections and Keeper of Manuscripts at Trinity College Dublin, on an exciting recent acquisition of a St Mary’s Abbey manuscript that has finally returned to Dublin after nearly 400 years abroad. A recent interview with Bernard Meehan, Seán Duffy and Jane Maxwell gives more detailed information about the manuscript for those of you who cannot wait for the publication of this symposium. The manuscript was produced in 1304 after a fire devastated the Abbey and many of the details in the manuscript showcase life inside the walls in the early fourteenth-century. The manuscript also contains an account of the Trojan War, detailed descriptions of the topography of Ireland and Geoffrey of Monouth’s ‘The History of the Kings of Britain’. 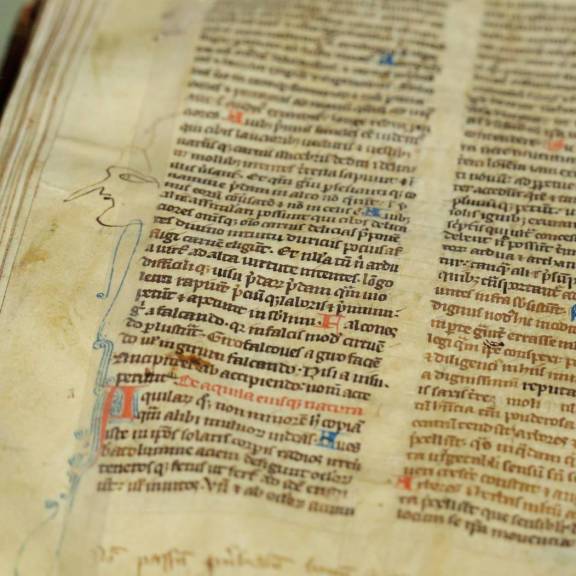 An excerpt from the manuscript

Other topics discussed at the symposium included investigations of the Columban legacy of Lambay (by Gabriel Cooney), and the results of excavations from suburban Dublin (by Paul Duffy) and Swords Castle gatehouse (by Mark Moraghan). The composition of Dublin’s late medieval urban society was explored by Brian Coleman and Hugh II de Lacy’s thirteenth-century rebellion was expertly explained by Daniel Brown. Dublin’s literary heritage was explored in papers on a so-called chason de geste of Brian Boru (Cathy Swift) and the story of a dragon terrorizing medieval Dubliners (Caoimhe Whelan).

We hope you all enjoyed the day and are looking forward to the published proceedings! 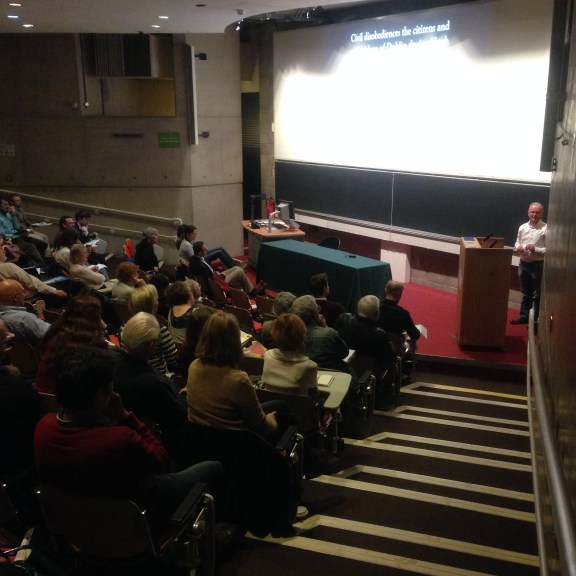