(This series has now finished)

Renowned experts describe the invasions, battles, famines and plagues that medieval Dubliners had to deal with make this one of the most fascinating cities in Europe.

Milestones of Medieval Dublin is a unique opportunity to discover how events like the arrival of the Vikings and the Anglo-Normans helped shape our city.

All lectures begin at 1.05pm and take place at the Wood Quay Venue of Dublin City Council (see below for map).

No registration is necessary, entry is free and all are welcome! 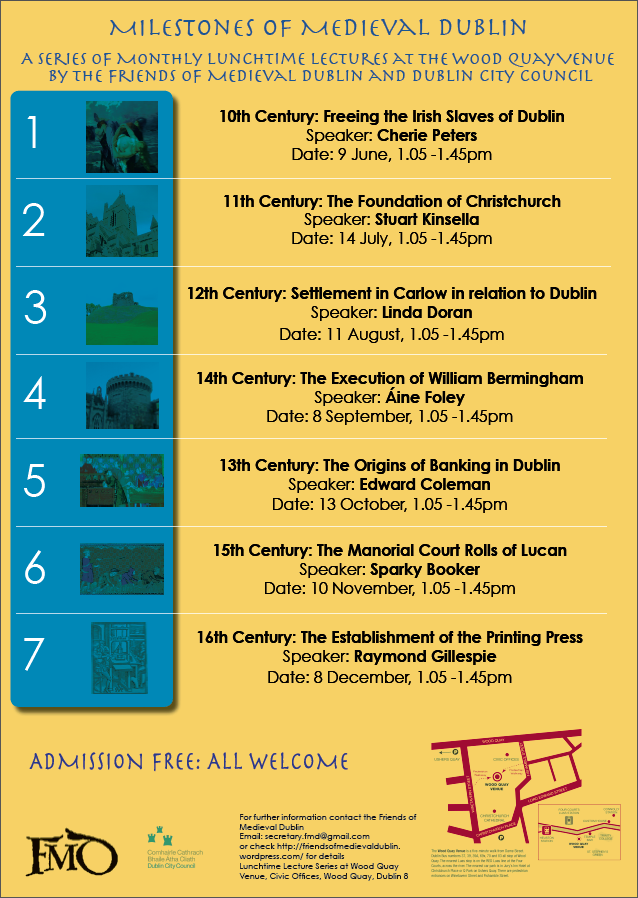 8 December 2015, Raymond Gillespie – ‘The establishment of the printing press’

(The Construction of Dublin Castle podcast)

(The coronation of Lambert Simnel podcast)

(Silken Thomas and the siege of Dublin podcast)